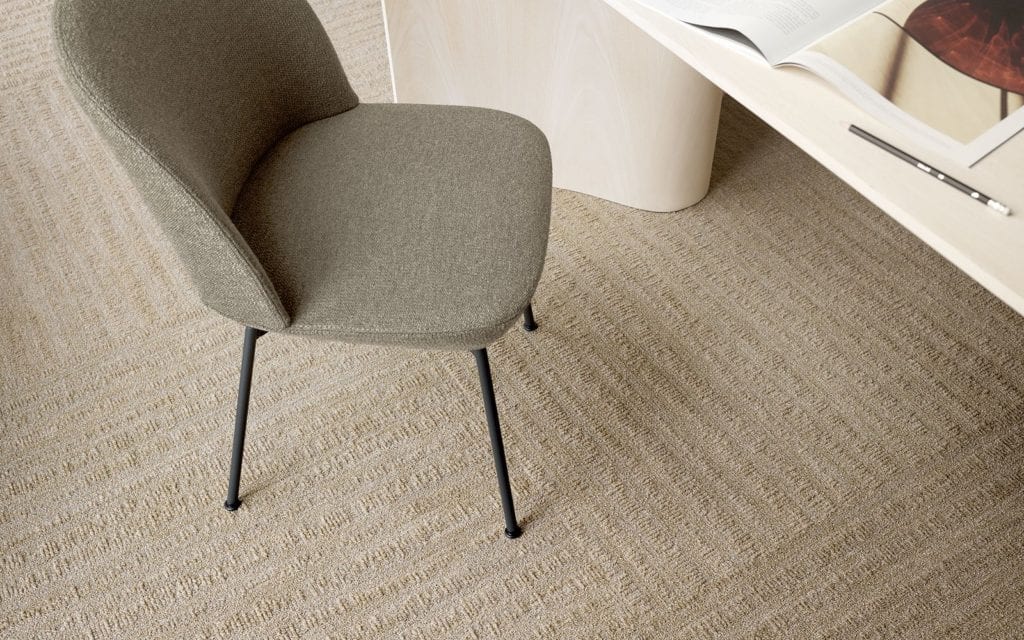 Danish flooring producer, Ege’s ReForm – A New Wave collection that mimics the feel of nature with patterns of sand, grass dunes, and the ocean crashing on to the shore, has been innovatively specified for and installed in three leading Scandinavian hotels.

With the new Ege collection, ReForm – A New Wave, the natural beauty of the Danish west coast is brought to flooring with three sensuous designs: Sand, Grass, and Ocean, all formed by multi-level yarn layers in a soft construction. The new collection’s biophilic Grass design was recently specified and installed at the following upmarket hotels:

* Hotel Nordlandet on an island in the Baltic Sea;

* Gaustatoppen Sportell, near Oslo in Norway; and

The surrounding landscape of rocks, sandy beaches and the wild ocean inspired the décor of the rooms and apartments at Hotel Nordlandet. For this prestigious hotel on Bornholm, the Danish ‘sunshine island’ in the Baltic Sea, the views of the ocean were incorporated into a modernisation for which ReForm – A new Wave’s Grass was specified for the hotel rooms, corridors and stairways. With bright light combined with elegant wall colours, wooden furniture and transparent curtains that sway in the sea breeze, the dimensionality of the Grass design is perfectly displayed in three colours.

The sports hotel, Gaustatoppen Sportell, is 2½ hours’ drive from Oslo, the Norwegian capital city. Overlooking the majestic Gaustatoppen mountain and its skiing facilities and cross-country tracks, the hotel’s interior décor is influenced by the worlds of sports and nature to create a warm and subtle atmosphere. ReForm’s Grass here was specified as both wall-to-wall carpet and rugs.

Finally, Fanø Krogaard hotel, on the island of Fano in the Danish tidal flats, was substantially refurbished by its new owners to bring the beautiful outdoor landscape inside the picturesque inn through the choice of materials, structures and colours. To promote the charm of the popular Danish island, a striking selection of wall-to-wall carpet and runners now adorn the Fanø Krogaard corridors and stairways. ReForm Grass design with its textured structure reflecting the lines of moving blades of grass outside fits in perfectly.

Crafted to suit any interior project, the new Ege collection’s Grass, Sand, and Ocean, are available in seven earthy tones, and produced as broadloom and rugs with Grass also provided as 48x48cm and 96×96cm carpet tiles to make the range the perfect choice for any interior setting.