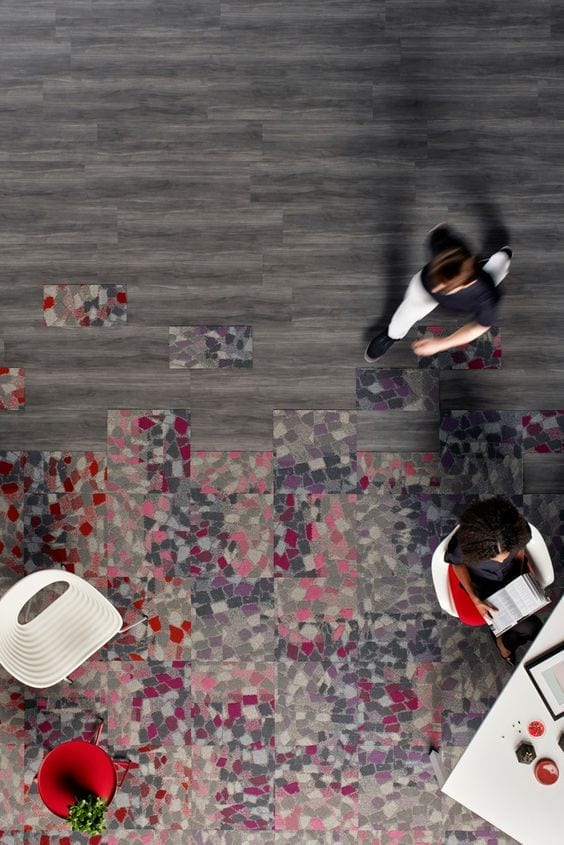 NEW FLOORING SYSTEM CONNECTS URBAN WORKERS WITH THE WORLD OUTSIDE

The Human Connections collection consists of eight designs that bring humans in the confines of offices, shops, or even homes closer to “freedom” – whether in the urban world they left outside or in nature.  The eight different styles fit together in innovative ways to create, for example, working surfaces of green moss-covered pathways, nature-tinged red stones, pavements with graffiti scribbling, colourful intersections and other urban settings.

David Oakey, of David Oakey Designs, who created Human Connections for Interface, says the collection responds to increasingly technology-driven working environments and the workforce’s need to connect with each other and life outside the office. “Human Connections draws inspiration from neighbourhood meeting places – streets, piazzas, and pathways – while its versatility lends itself to creating dynamic spaces in line with Interface’s ‘+Positive Spaces’-initiative which encourages human-centric design and its positive impact on people’s lives,” Oakey explains. 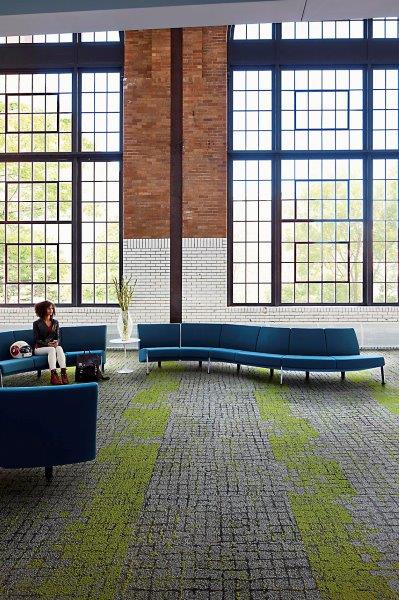 “Human Connections shows modular tiles achieving a new level of flexibility. Its styles are stunning on their own but even more exciting when configured creatively to achieve dramatically different effects. Whether as a seamless organic field, pathway, or defined graphic space, these modular tiles adapt to the needs of any indoor environment. They mimic city surfaces such as turfs, patterns, textures and grounds to create interiors that function like neighbourhoods to encourage productive collaboration,” he adds.

Included in the new collection are Sett in Stone, Kerbstone, Paver, and Flagstone – four textures that recall the well-worn streets of the city. Moss and Moss in Stone attach seamlessly to Sett in Stone to introduce rural greenery in an organic manner. To complete the collection, interface has included two highly patterned and colourful styles, Rue, and Stone Course, by Interface’s residential flooring producer, FLOR, for additional  impact.

The new range was developed to coordinate with acclaimed existing Interface collections, such as Human Nature and Urban Retreat, to give designers, specifiers, and end-users even greater flexibility.

Human Connections’ 50cm x 50cm carpet tiles are treated with stain repellent and an antimicrobial solution. “The new range further demonstrates Interface’s commitment to sustainability as it is derived from a 100% recycled, solution-dyed yarn system and has an average of 56% recycled content. Furthermore, the collection uses Interface’s TacTiles installation system which eliminates the need for glue and the dangers of staff inhaling hazardous vapours. The TacTiles system produces a floor that ‘floats’, making tiles easy to update and replace,” says Hannetjie Smit, KBAC Flooring Sales Consultant. 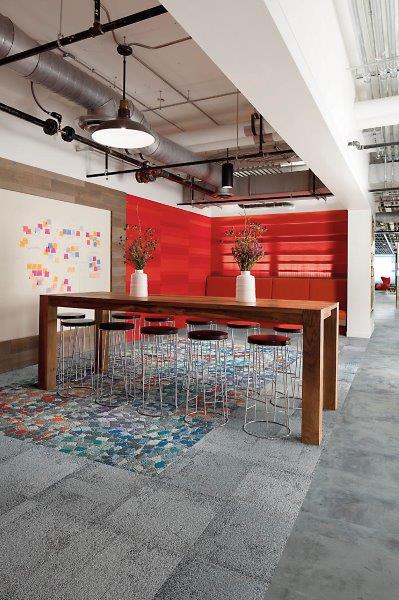